With Pantomime season kicking off back home in the UK, delegates in Milan were introduced to one of the newest cellular villains in the MND story – oligodendrocytes.

Although oligodendrocytes were first identified in the 1920s and are known to be affected in multiple sclerosis, they were generally considered as ‘bit part’ players in MND rather than ‘centre stage’.

All that has started to change in the past couple of years, with researchers in the USA and Belgium independently showing that, in both SOD1 mice and human post mortem MND brain tissue, the brain was making new oligodendrocytes to replace ones that appeared to be dying off.  The problem is that the new ones being formed appear to get stuck in an immature state and therefore do not perform their role of helping motor neurons to maintain appropriate energy levels and also send electrical signals down their long nerve fibres.

So, by getting stuck in a ‘Peter Pan’ scenario of never growing up, oligodendrocytes may be at best, unable to help protect the death of motor neurons or, at worst, they may actually contribute to the degeneration. Peter Pan rather than Captain Hook as the pantomime villain is a novel twist to the script!

To help try and make sense of what might be going on, Professor Patrizia Casaccia, from Mount Sinai School of Medicine in New York, gave an overview titled: Oligodendrocytes: from Biology to Disease. Prof Casaccia and her colleagues have made important contributions to understanding how oligodendrocytes grow and mature in the brain and – of particular relevance to MND – how different factors can influence the development and function of these important support cells.

She outlined the multiplicity of changes that occur as oligodendrocytes go through their journey of maturity – these include changes in the proteins on the surface of the cell (a little like our dress style changes with our age), changes in the connections with neighbouring cells, especially neurons (like our circle of friends changes with time) and changes in the way genes are switched on and off (the genetic language being a little like our changing tastes in reading material as we get older). They also need a strict upbringing in their formative stages if they are to reach adulthood and function effectively.  But this is easier said than done, as the cells are very easily influenced by what’s going on around them. A variety of factors may influence oligodendrocytes: factors that either instruct the cells to grow up or, alternatively, consign them to a ‘Never Never Land’ of immaturity….and maybe a touch of delinquency as well.

Prof Casaccia was followed by Dr Laura Ferraiuolo, from Ohio University, who presented work she performed in the labs of Prof Brian Kaspar which provides additional evidence that oligodendrocytes are not only dysfunctional in MND, but also toxic to motor neurons.

Dr Ferraiuolo isolated oligodendrocytes from the newborn brain of the SOD1 mouse model of MND and grew them in culture with healthy mouse motor neurons. She found that the oligodendrocytes obtained from mutant SOD1 mice were actively damaging the motor neurons, whereas those grown from healthy (non-mutant SOD1) mice were not. It looks like this damage is related to the fact that SOD1 oligodenrocytes seem to cause the motor neurons to become over-excitable, firing many more nerve impulses than usual. She has started experiments with ‘iPS-derived oligodenrocytes’ generated from skin cells of patients with MND and is seeing similar damaging effects on motor neurons.

Of course, cells kept for several days in a dish do not mature the same way as cells in the body over many decades, but it is tempting to speculate that these MND oligodendrocytes may be indulging in a bit of aggressive delinquency!

Further work is needed to unpick exactly what is going on, but it does throw up opportunities for the MND and MS research communities to work together more closely to speed up our collective understanding of the role these play in determining the health of motor neurons – with hopefully some new therapeutic approaches emerging as a result. 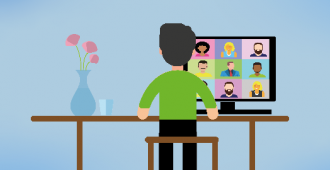 2 thoughts on “The cell that never grew up”