While the exact cause of MND remains unknown, two of the hallmarks of the disease are a build-up, or aggregation, of toxic proteins in motor neurons and the misfolding of proteins. Protein folding is the physical process by which a protein chain becomes biologically functional. If it doesn’t fold properly, it can’t function properly.  These traits are seen in most cases of MND, regardless of whether there is a known genetic cause.

An investigative drug called arimoclomol, being developed by Orphazyme, has completed a Phase 3 clinical trial assessing the effectiveness of the drug as a treatment for MND. Arimoclomol increases the heat shock response, a natural cellular defence system that increases the production of heat shock proteins (HSPs) to help repair misfolded proteins and aid in the breakdown of toxic protein clumps, and may therefore have potential as a therapy for MND.

UPDATE – May 2021:
In a press release published on 7 May 2021, Orphazyme announced their Phase 3 trial of Arimoclomol (ORARIALS-01) did not meet its primary and secondary endpoints to show benefit in people living with MND. Results from the study will be presented at the upcoming virtual European Network to Cure ALS (ENCALS) meeting, 12-14 May, and complete data will be published later this year.

Although the trial did not deliver the outcome we hoped for, we appreciate the commitment and collaboration of Orphazyme and the research community throughout the journey of Arimoclomol. Thank you also to the people with MND who took part in the trial around the world. Our fight for a cure for MND continues.

HSPs also regulate the programmed cell death pathway, a mechanism by which the body gets rid of damaged cells. HSPs can bind to faulty proteins and remove them. By increasing the production of HSPs, and therefore removing more faulty proteins, arimoclomol may reduce the rate of motor neuron death and slow the progression of MND.

A preclinical study of arimoclomol’s ability to treat mice with MND showed that the mice were able to move much better than untreated mice when they became older, and lived 22% longer, suggesting that arimoclomol could be an effective treatment for MND.

Because arimoclomol is also being investigated to treat other diseases, such as Niemann-Pick disease Type C (a rare, genetic lysosomal storage disorder) and sporadic inclusion body myositis (an autoimmune disease that affects muscles), it has already been tested at Phase 1 and has been found to be safe and well tolerated in people. In fact, to date, more than 500 individuals have been evaluated in arimoclomol clinical trials. Arimoclomol is administered orally and can enter the central nervous system (CNS), which is crucial for treating neurological diseases.

A Phase 2 study, published in 2008, found that arimoclomol was safe and well tolerated and that the drug could cross into the central nervous system. A Phase 2/3 clinical trial began in December 2008 with the first participants randomised (into either a group receiving arimoclomol or a group receiving placebo) in February 2009. Enrolment ended in June 2014 and the study was published in February 2018.

February 2018 – The Phase 2/3 clinical trial, which recruited participants with SOD1-MND, further looked at the drug’s safety and tolerability. The results also demonstrated a trend towards increased survival and a decreased rate of functional decline. A follow up investigation by Dr Michael Benatar confirmed these results.

August 2018 – Orphazyme initiate a Phase 3 trial to support the application for a marketing authorisation for the use of arimoclomol as a treatment for MND. The trial recruits 245 participants who are randomised 2:1 to arimoclomol or placebo and who will receive either the drug or placebo for 18 months. The primary endpoint is the effectiveness of long-term treatment compared to placebo as evaluated by CAFS scores. Based on the mechanism of action of the drug and a greater understanding of the underlying biology of MND, participation is widened to include all patients with MND, not just those with SOD1-MND or other forms of familial MND.

July 2019 – Enrolment is completed ahead of schedule and the trial is known as ORARIALS-01.

September 2019 – An open-label extension trial begins for study participants who complete the 18-month Phase 3 trial, to assess the long-term safety and effectiveness of arimoclomol, and provide all study participants with access to the investigational drug. This open-label extension is planned to run until arimoclomol is commercially available, or until Orphazyme’s clinical programme in MND ends.

May 2020 – The US Food and Drug Administration (FDA) gives arimoclomol fast track designation. A therapy candidate is put on the FDA’s fast track programme if it can treat serious conditions and fill an unmet clinical need, either because no treatments are currently available or because the potential treatment offers significant benefits over approved alternatives. This designation is meant to accelerate the development and review of arimoclomol, facilitating accelerated approval, provided that certain criteria are met. Arimoclomol has also been granted the status of orphan drug in both the US and the EU. This is the third time arimoclomol has earned fast track status in the US following similar designations for Niemann-Pick disease Type C and sporadic inclusion body myositis.

May 2021 – Orphazyme announced data from their Phase 3 trial of Arimoclomol (ORARIALS-01) did not meet its primary and secondary endpoints to show benefit in people living with MND. Results from the study will be presented at the upcoming virtual European Network to Cure ALS (ENCALS) meeting, 12-14 May, and complete data will be published later this year.

Should the arimoclomol trial as a treatment for MND produce positive results, the intent is to submit regulatory filings with both the FDA in the US and the European Medicines Agency (EMA) in the EU. Pre-Brexit, any applications that were made to the EMA were automatically sent to the Medicines and Healthcare products Regulatory Agency (MHRA) in the UK for approval consideration through a centralised approval process that included most of Europe and the UK. Post-Brexit, however, organisations must now make separate applications to both the EMA and the MHRA, although for two years from 1 January 2021, the UK may adopt decisions taken by the European Commission (EC) on the approval of new marketing authorisations through the centralised procedure.

If the ORARIALS-01 trial meets its primary endpoints, and these results are confirmed through the open-label extension, it gives very strong support for any application made to the MHRA for approval in the UK. We look forward to hearing more from Orphazyme shortly and will post an update as soon as any news is released. 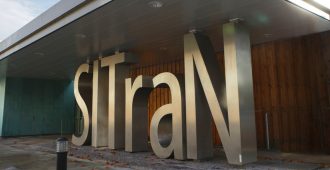 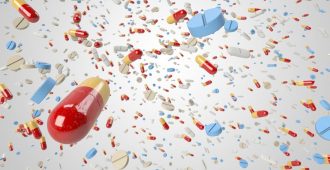 1 thought on “Will arimoclomol become a new treatment for MND?”